Fairebel fair trade milk is also fair to the planet. The proof is in its brand new eco-responsible packaging. 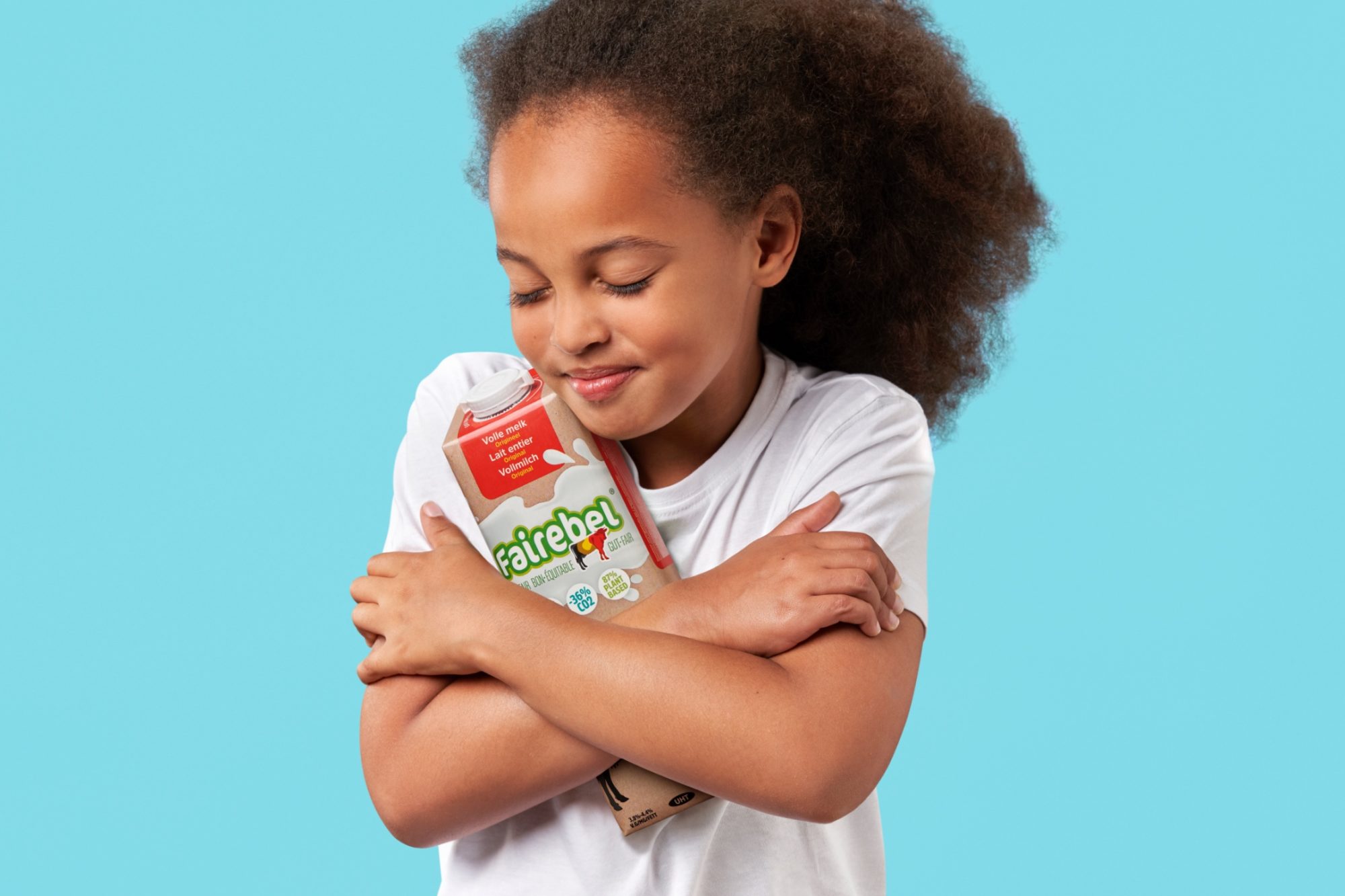 Fairebel has pursued a healthy objective since its creation: offering all Belgians high-quality products at a fair price for the consumer and the producer. In keeping with this commitment, the cooperative is also committed to more responsible and environmentally friendly consumption. This is the spirit driving its new eco-responsible packaging. The new packaging is made of 87% plant raw materials. It is 100% recyclable, saves 180,000 kg of fossil-based plastics, and leads to a spectacular 36% reduction in CO2 emissions. 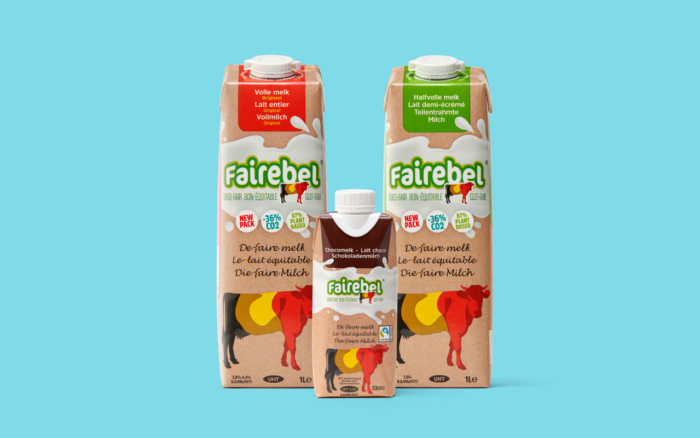 More than just an industrial affair, the new Fairebel packaging demonstrates a solid and consistent brand philosophy.  It is in this spirit that Shake has endorsed the new brand packaging and finalised a 360-degree campaign with a strong claim: “Fairebel has chosen to embrace the world differently”. This is a way of highlighting the new packaging while underlining the cooperative’s civic engagement. Much more than just product information, in this light the campaign has become an appeal to Belgian consumers looking for another way to consume.

For the first time in its history, Fairebel enjoyed a highly visible campaign across all Belgian media: daily press, magazines, television, radio, 2m2 posters, digital, social media, and points of sale. Several million touchpoints have been activated thanks to the steadfast support of the Rossel Group and Ads & Data. Fairebel’s industrial partners Luxlait and Tetra Pak have also greatly contributed to amplifying the launch. 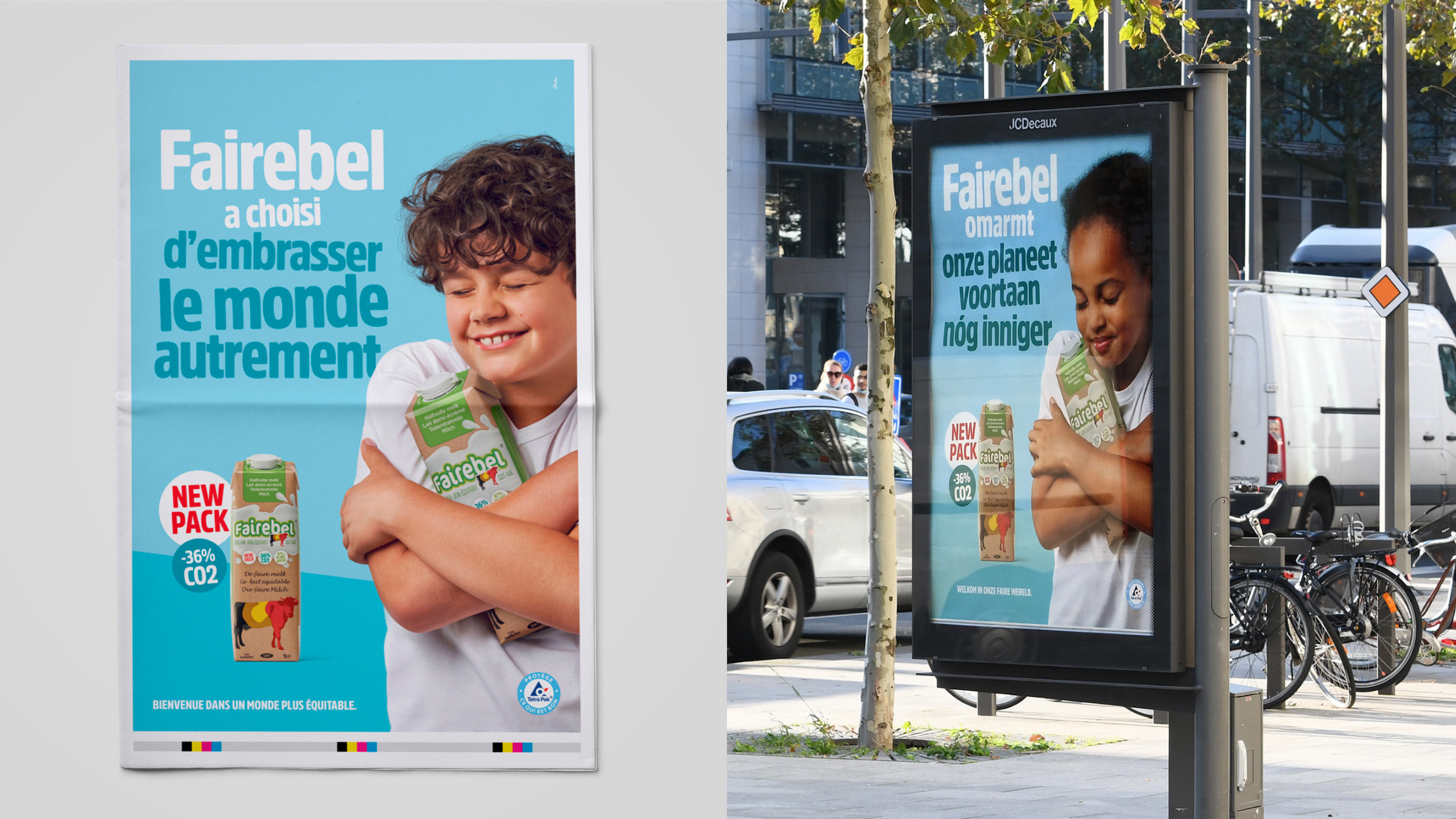 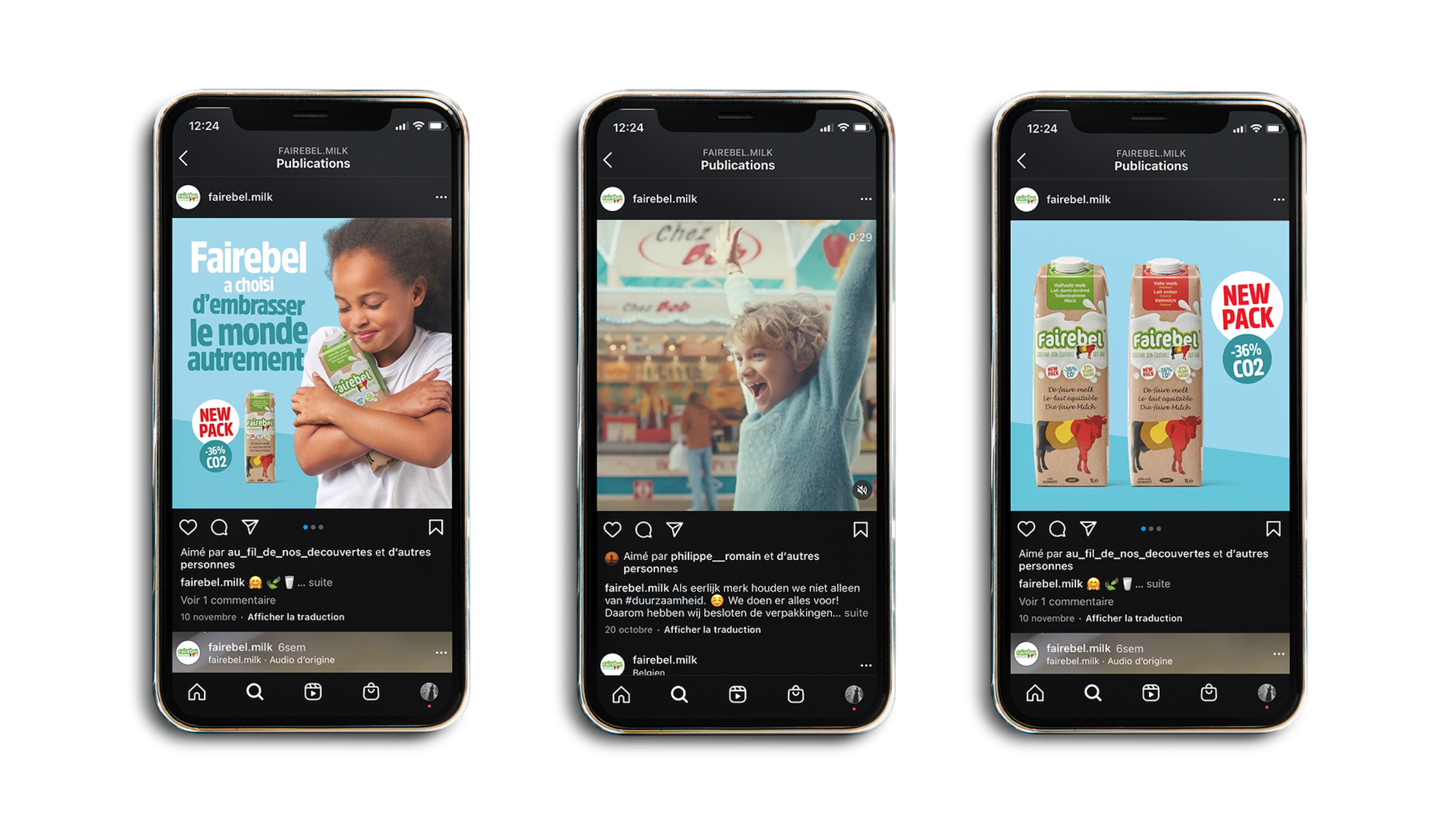 At the time of writing, we can’t yet precisely measure the effects of the campaign. But the first signs are super positive and consumers have been continuously commending Fairebel’s initiative. One thing is certain, the Covid year 2021 has ended well for Fairebel!

We also did this 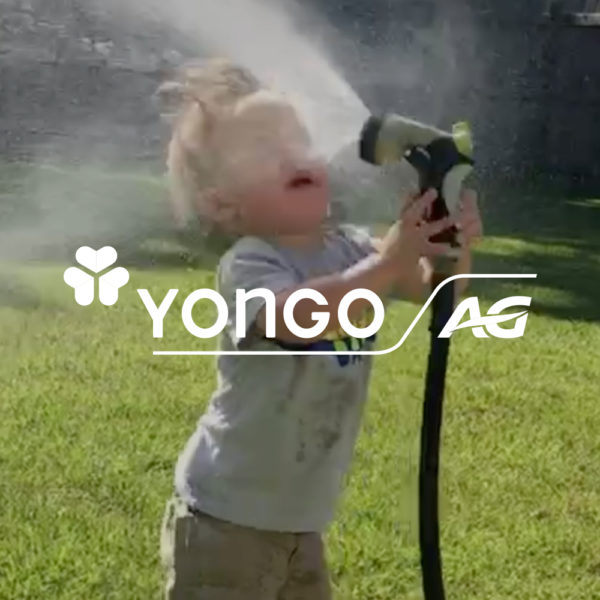 We plan ahead for Yongo’s future